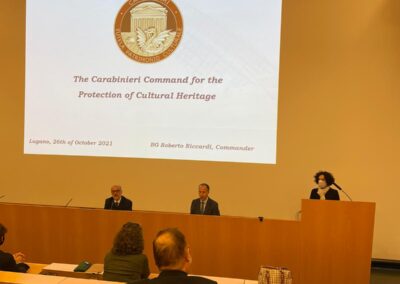 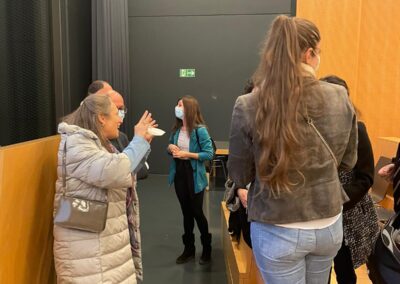 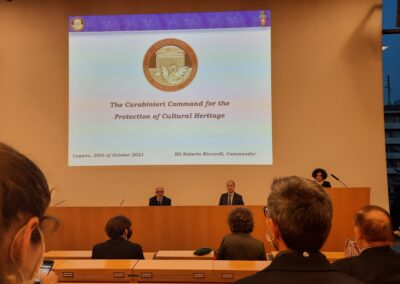 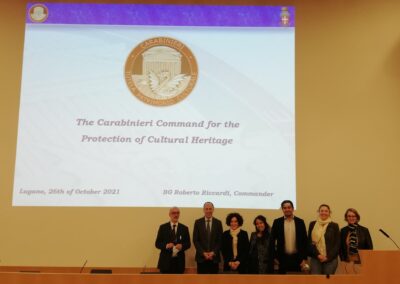 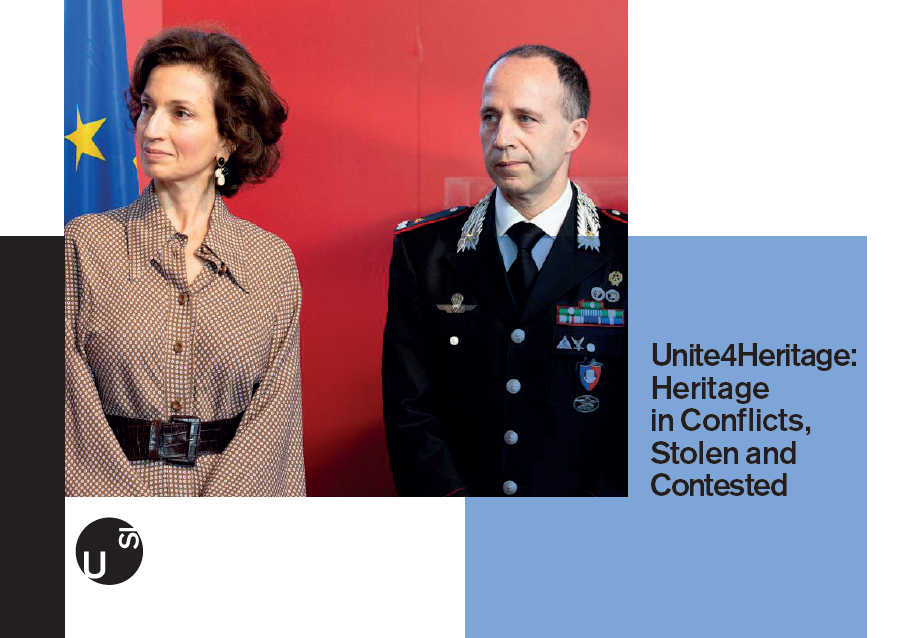 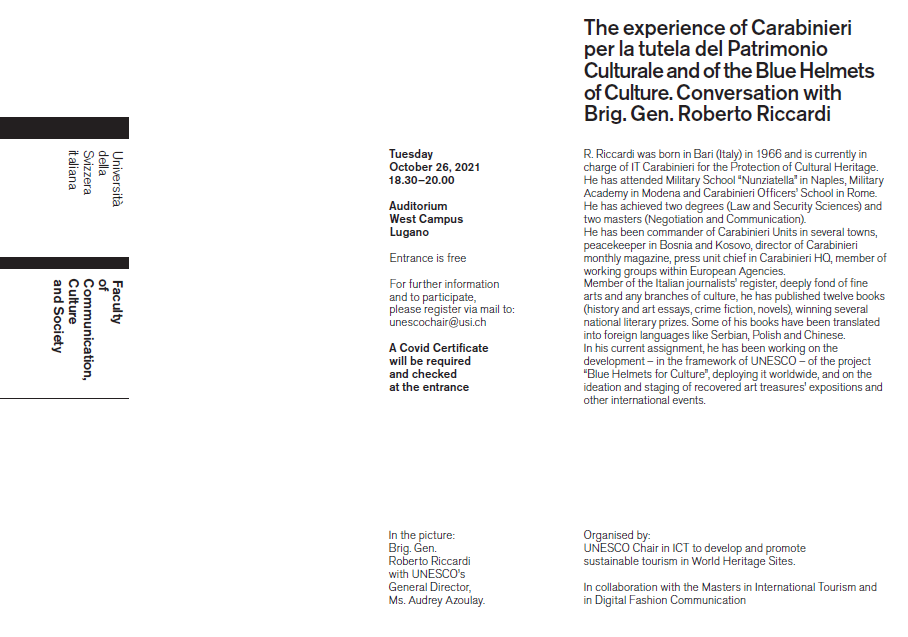 R. Riccardi was born in Bari (Italy) in 1966 and is currently in charge of IT Carabinieri for the Protection of Cultural Heritage. He has attended Military School “Nunziatella” in Naples, Military Academy in Modena and Carabinieri Officers’ School in Rome. He has achieved two degrees (Law and Security Sciences) and two masters (Negotiation and Communication). He has been commander of Carabinieri Units in several towns, peacekeeper in Bosnia and Kosovo, director of Carabinieri monthly magazine, press unit chief in Carabinieri HQ, member of working groups within European Agencies. Member of the Italian journalists’ register, deeply fond of fine arts and any branches of culture, he has published twelve books (history and art essays, crime fiction, novels), winning several national literary prizes. Some of his books have been translated into foreign languages like Serbian, Polish and Chinese. In his current assignment, he has been working on the development – in the framework of UNESCO – of the project “Blue Helmets for Culture”, deploying it worldwide, and on the ideation and staging of recovered art treasures’ expositions and other international events.

A conversation about “The experience of Carabinieri per la tutela del Patrimonio Culturale and of the Blue Helmets of Culture” with Brig. Gen. Roberto Riccardi took place on October 26th! The moderation was done by USI UNESCO chair holder, Prof. Lorenzo Cantoni.