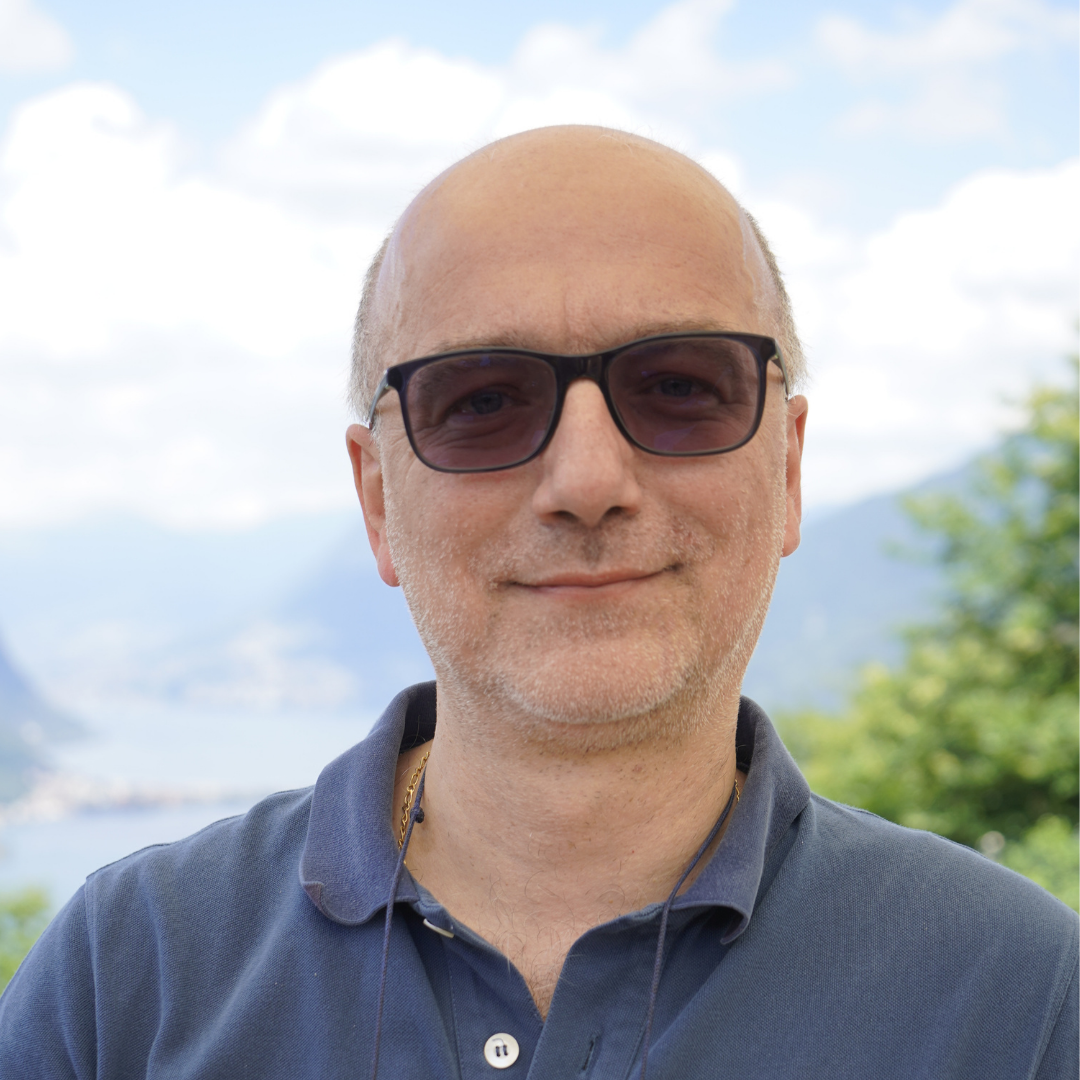 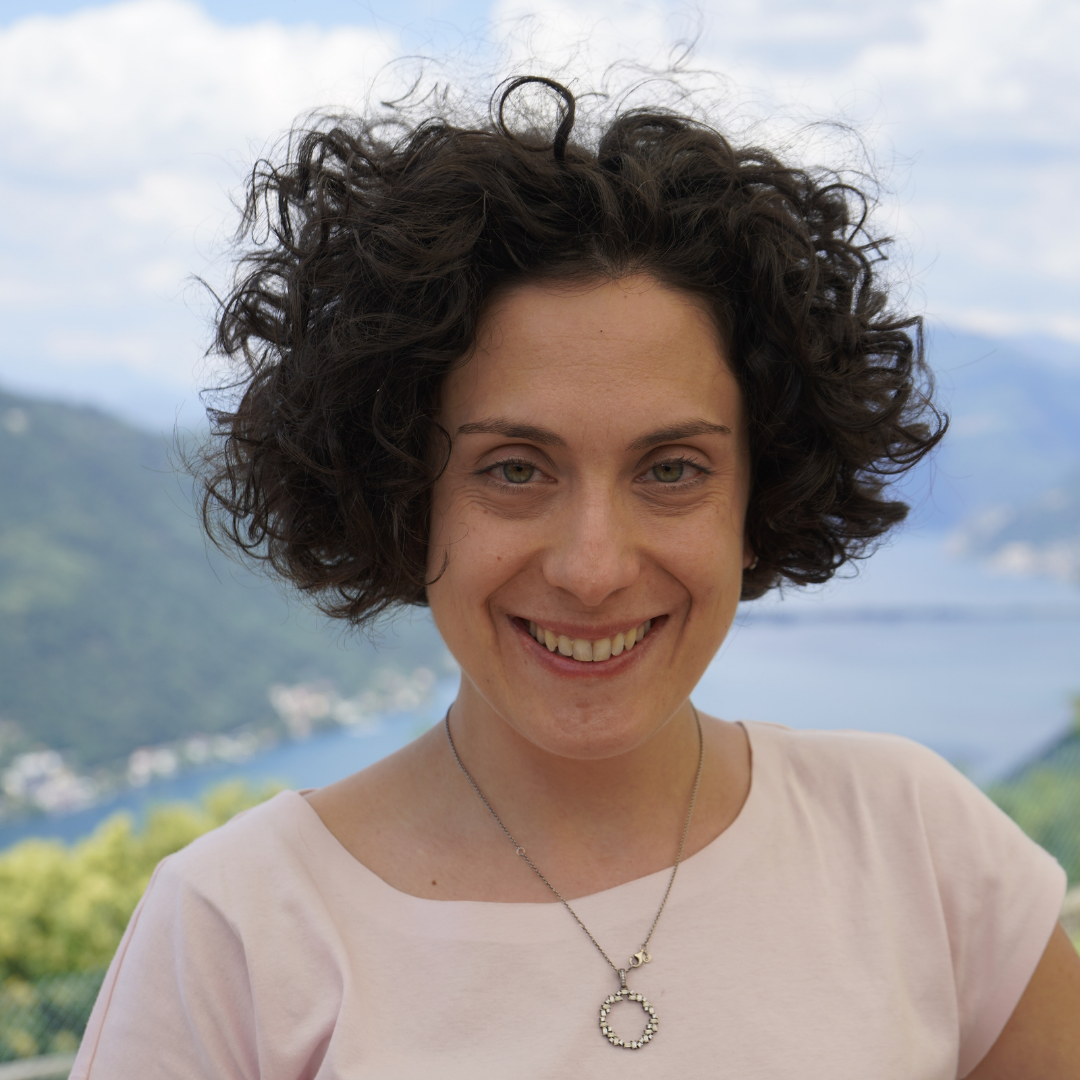 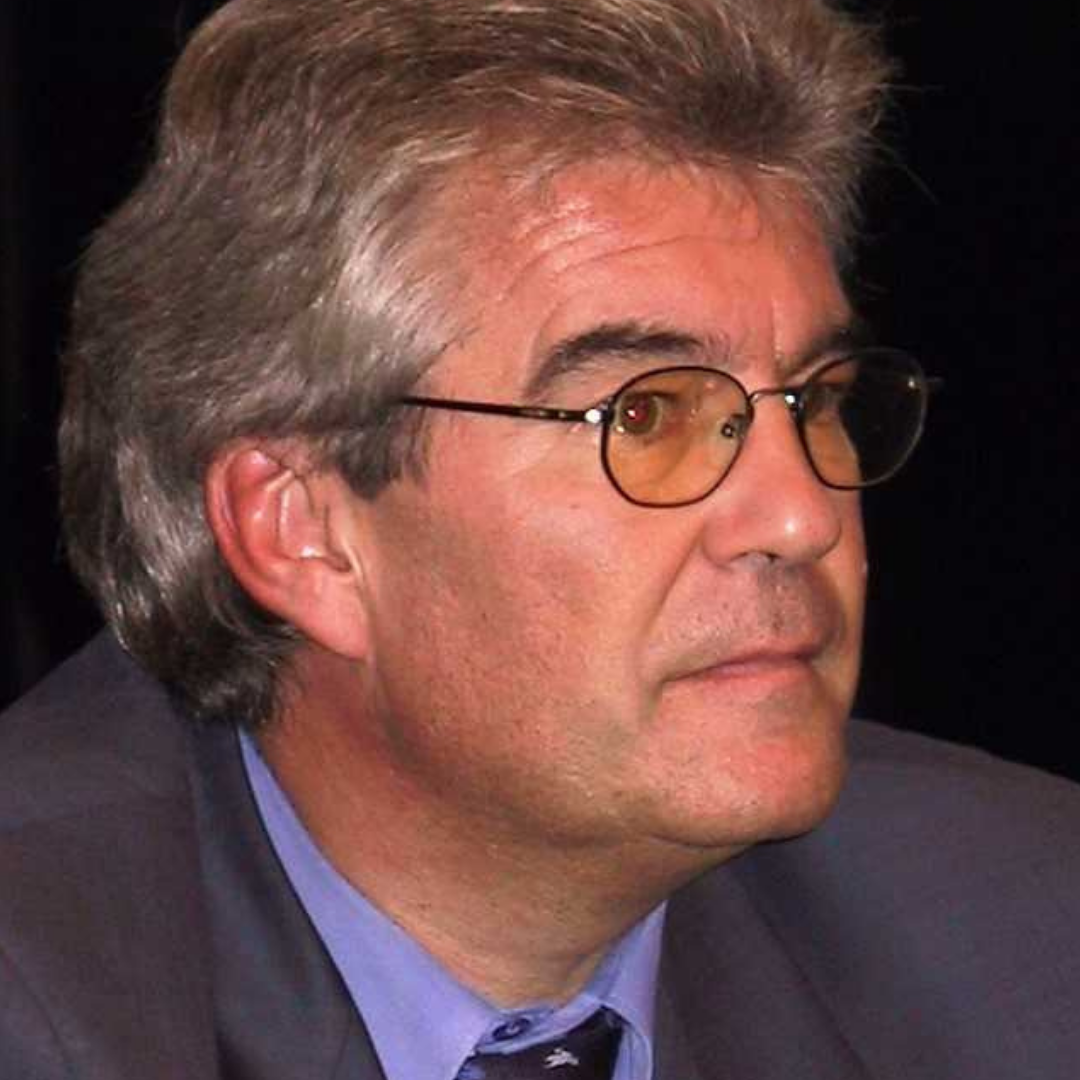 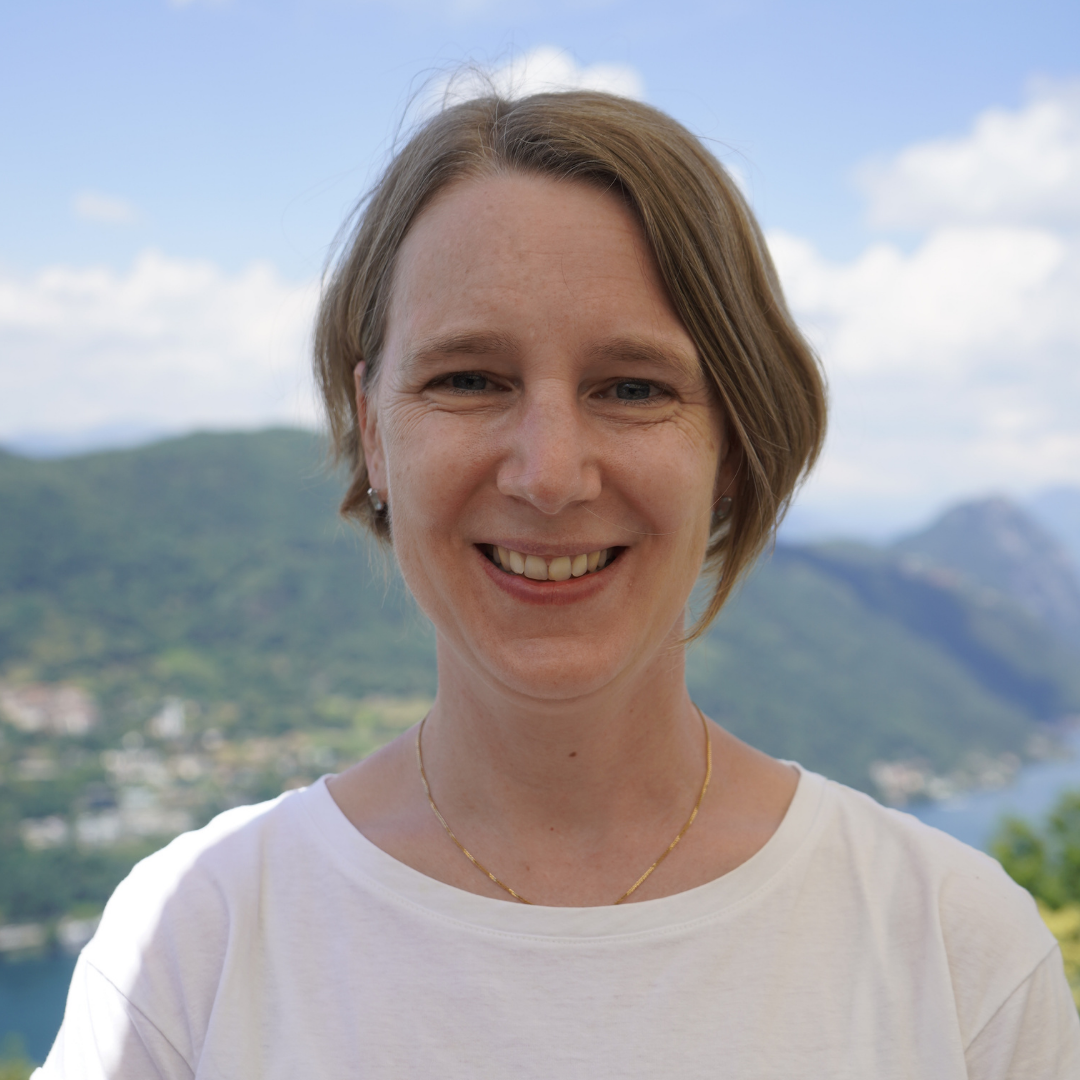 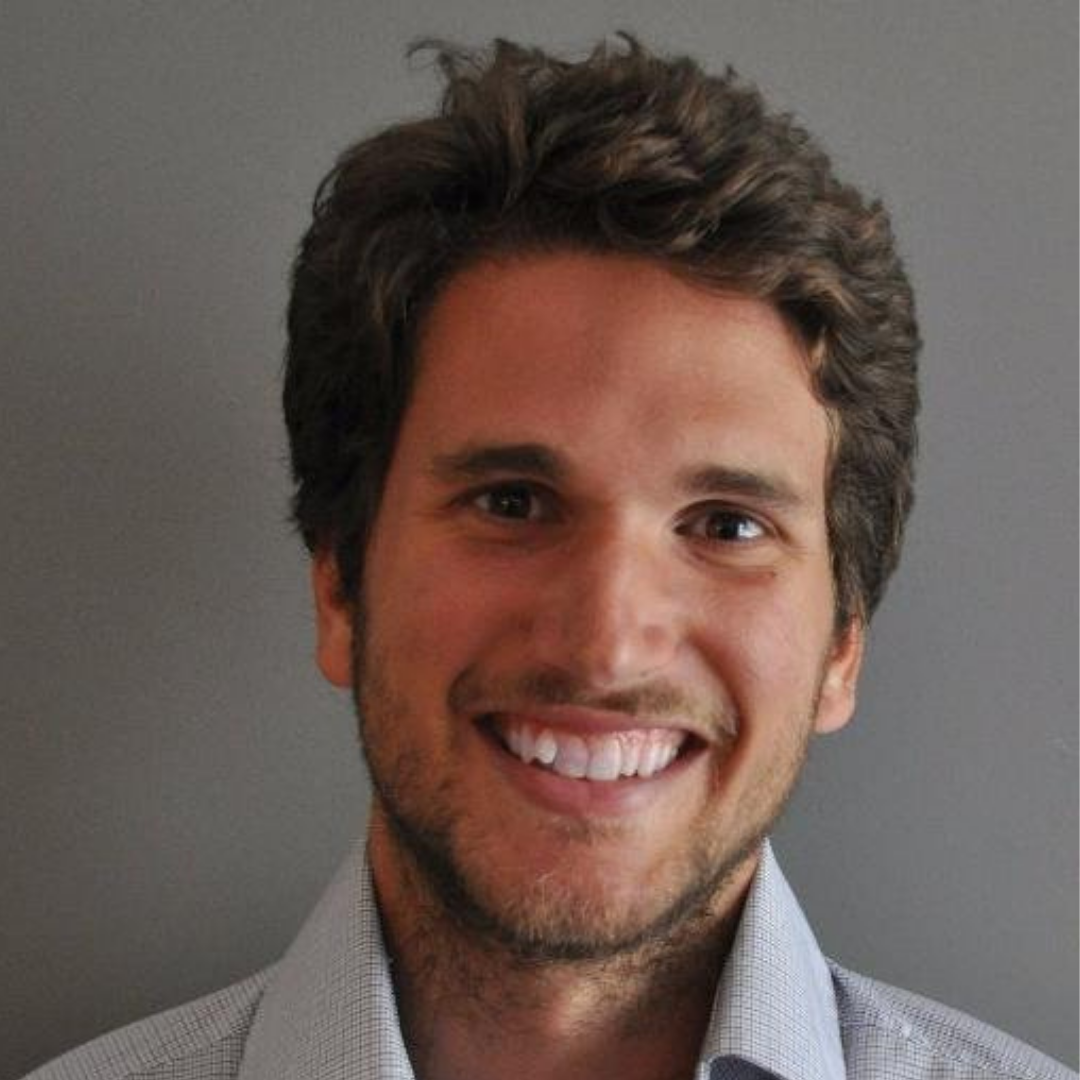 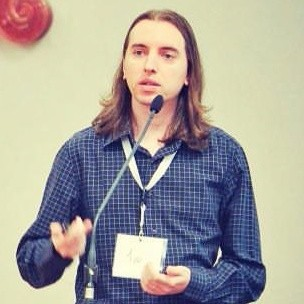 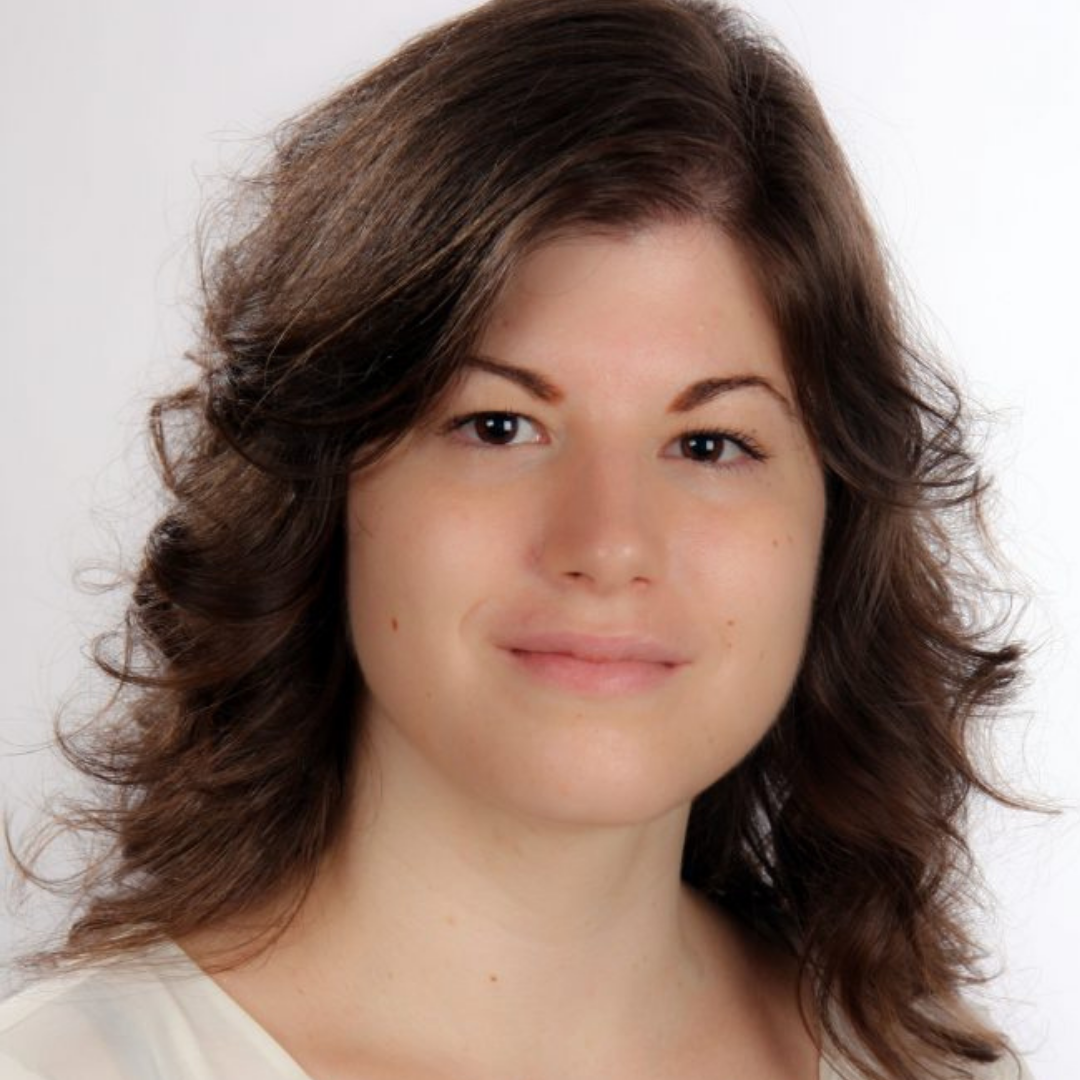 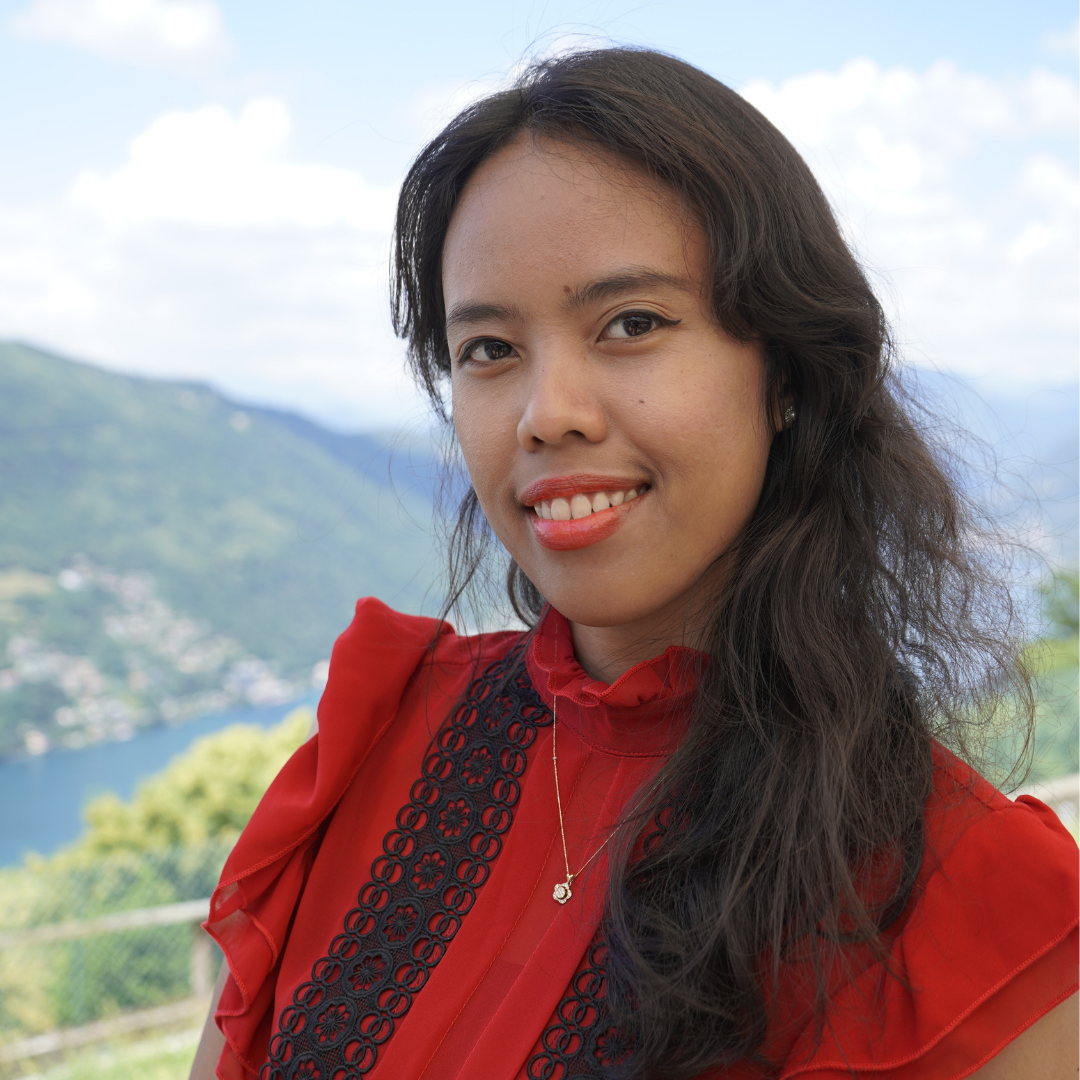 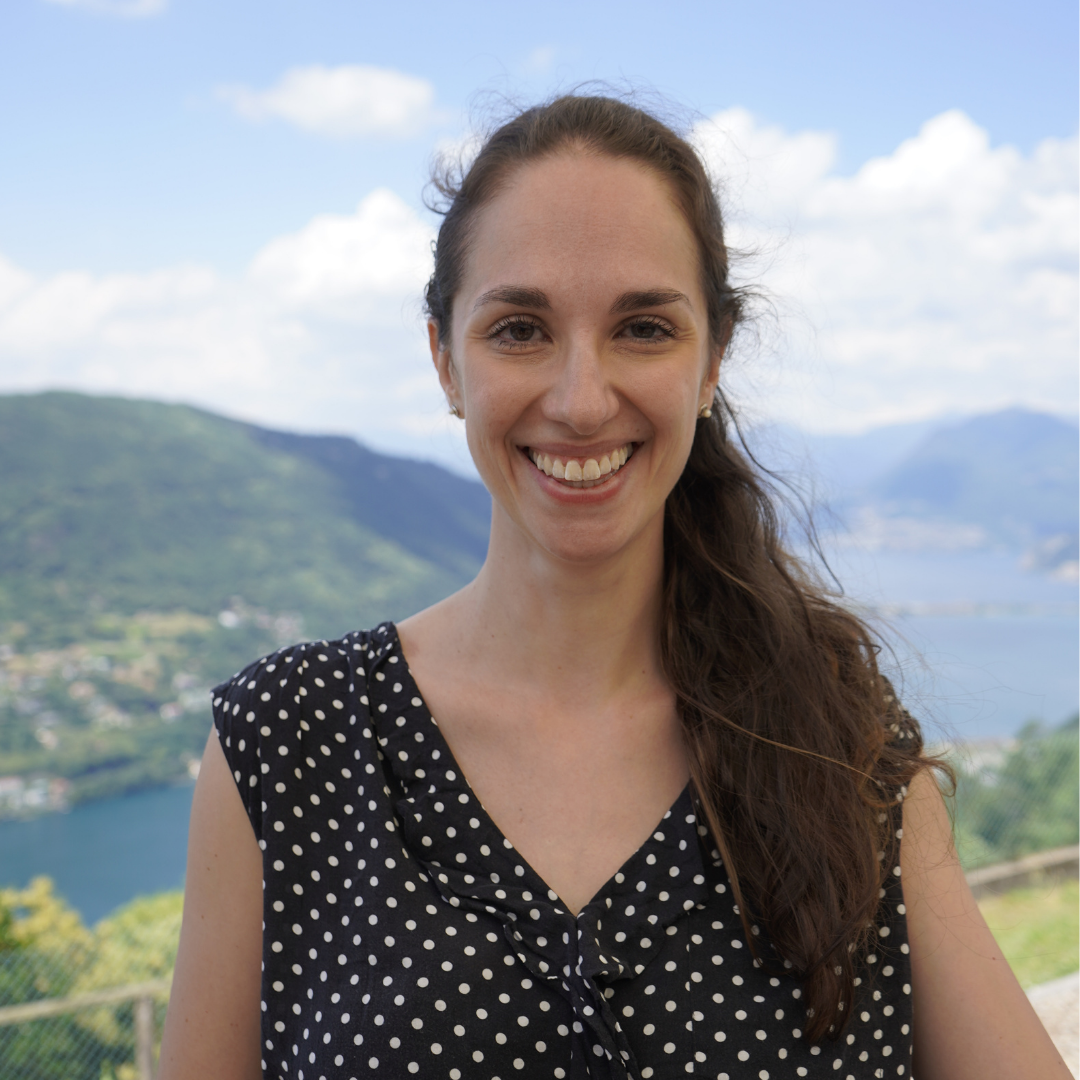 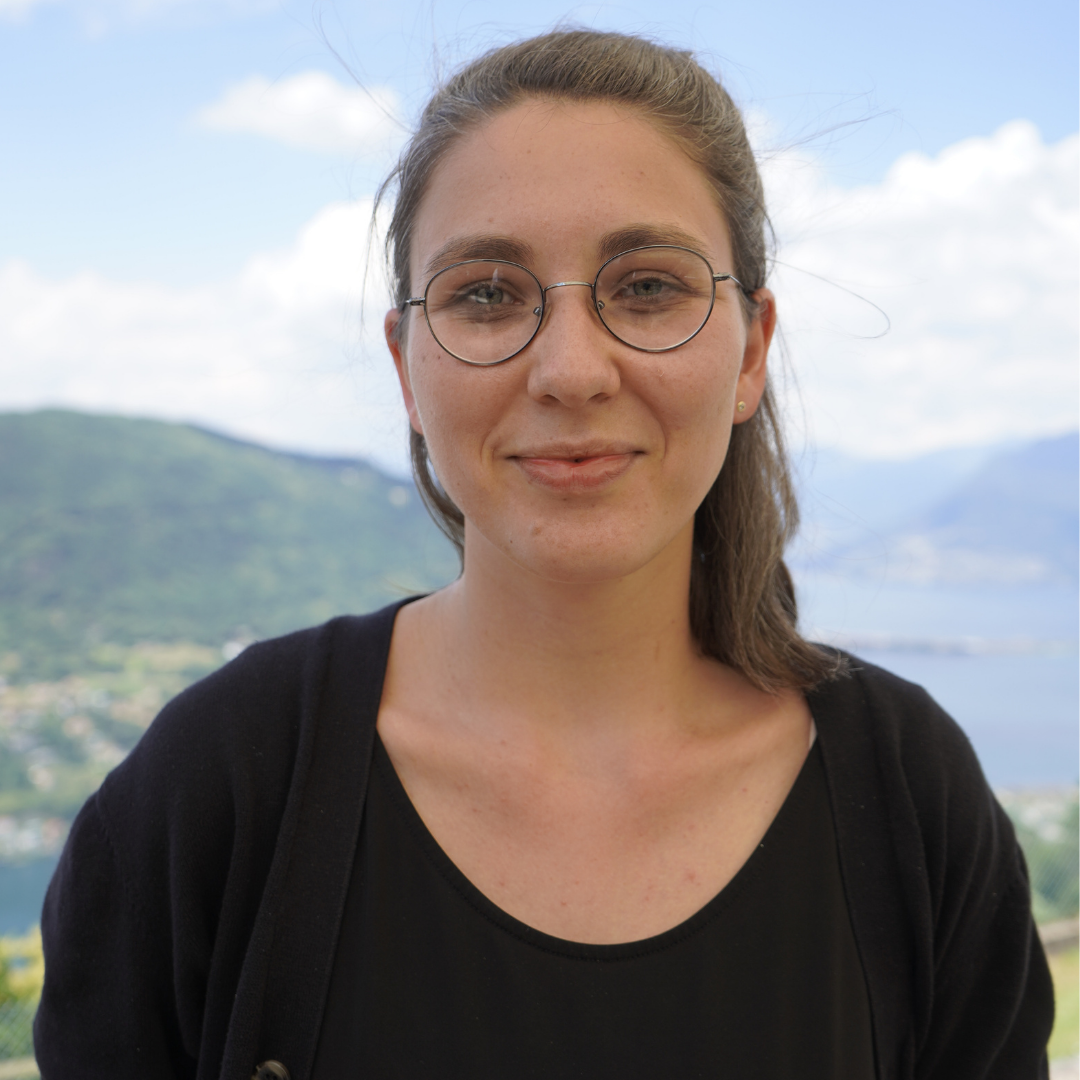 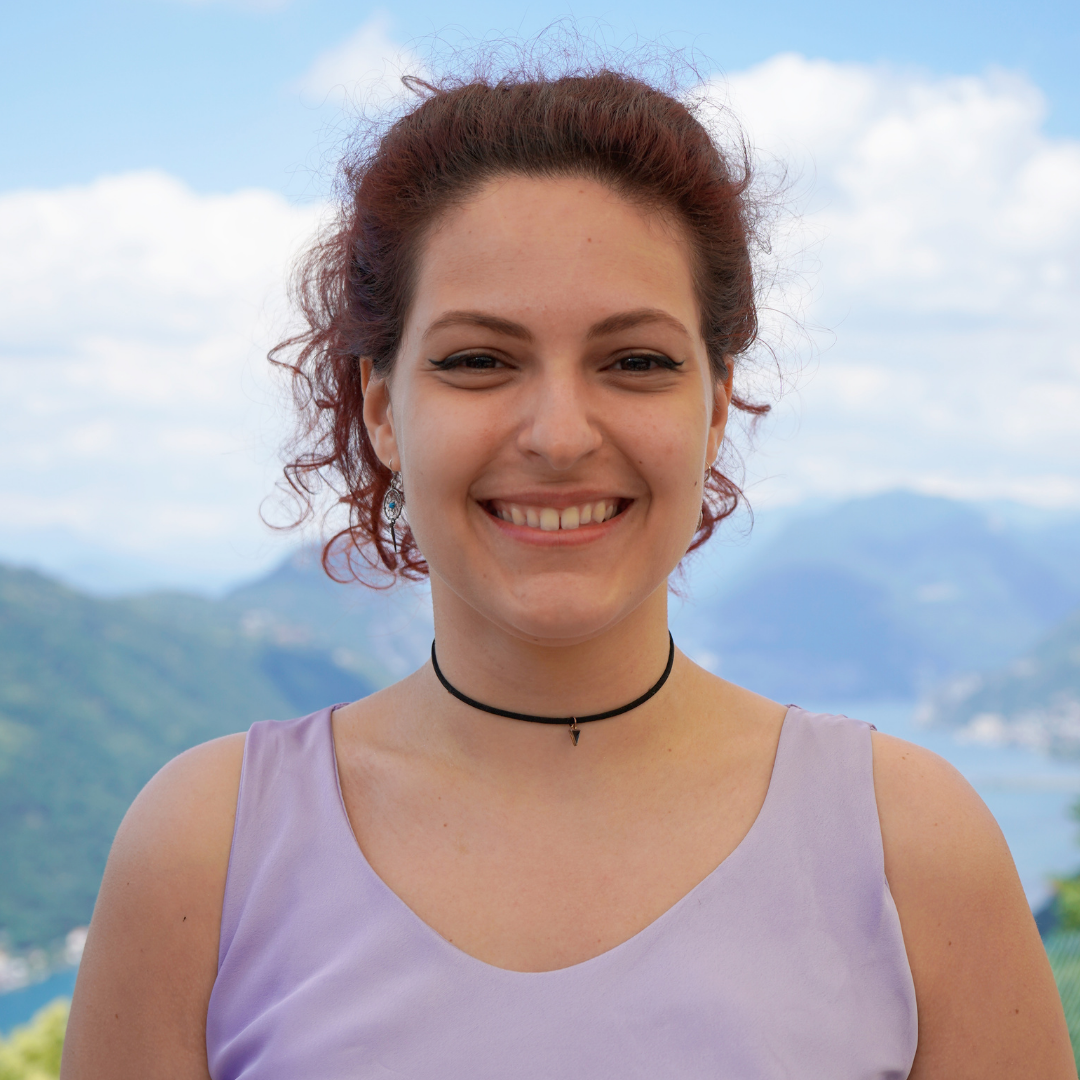 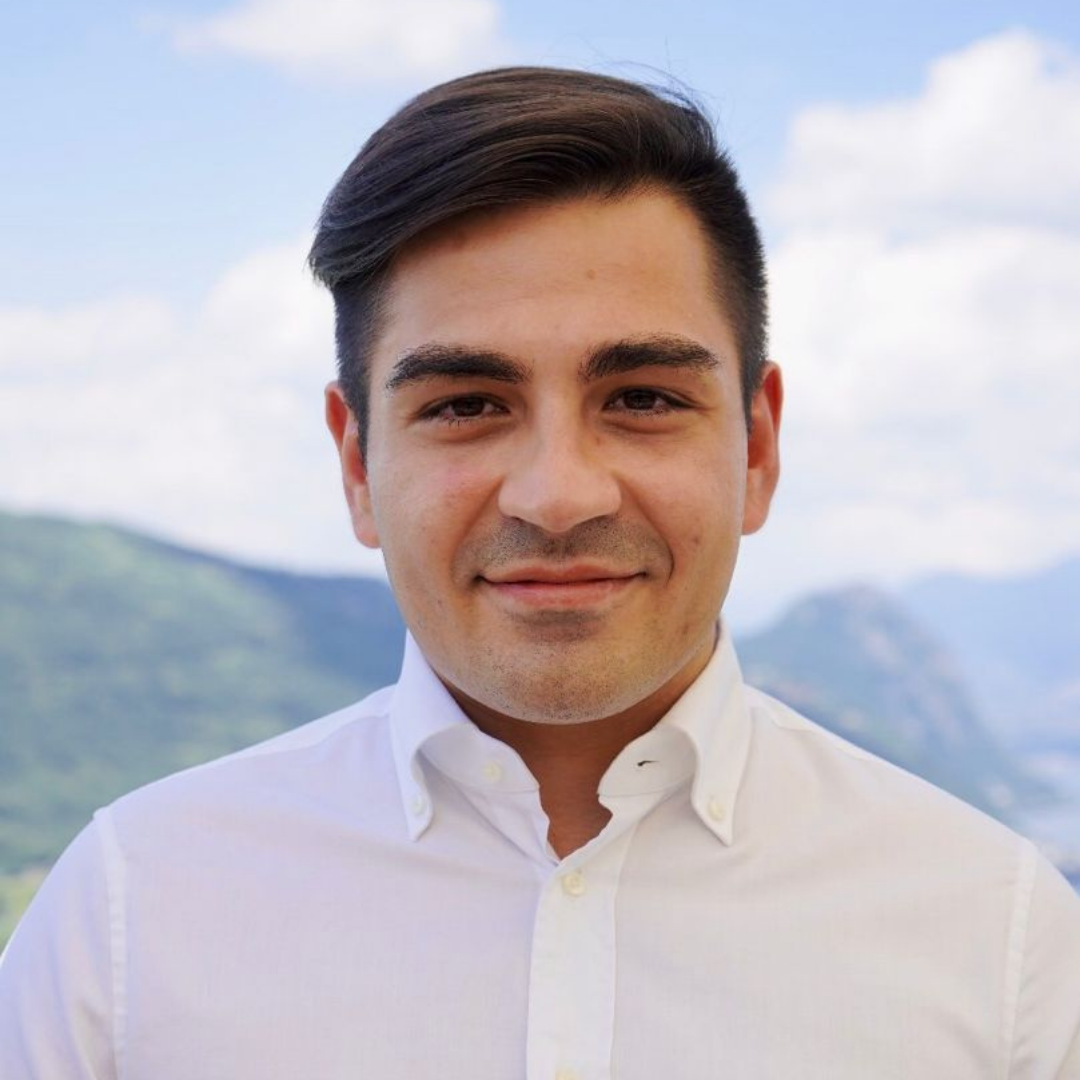 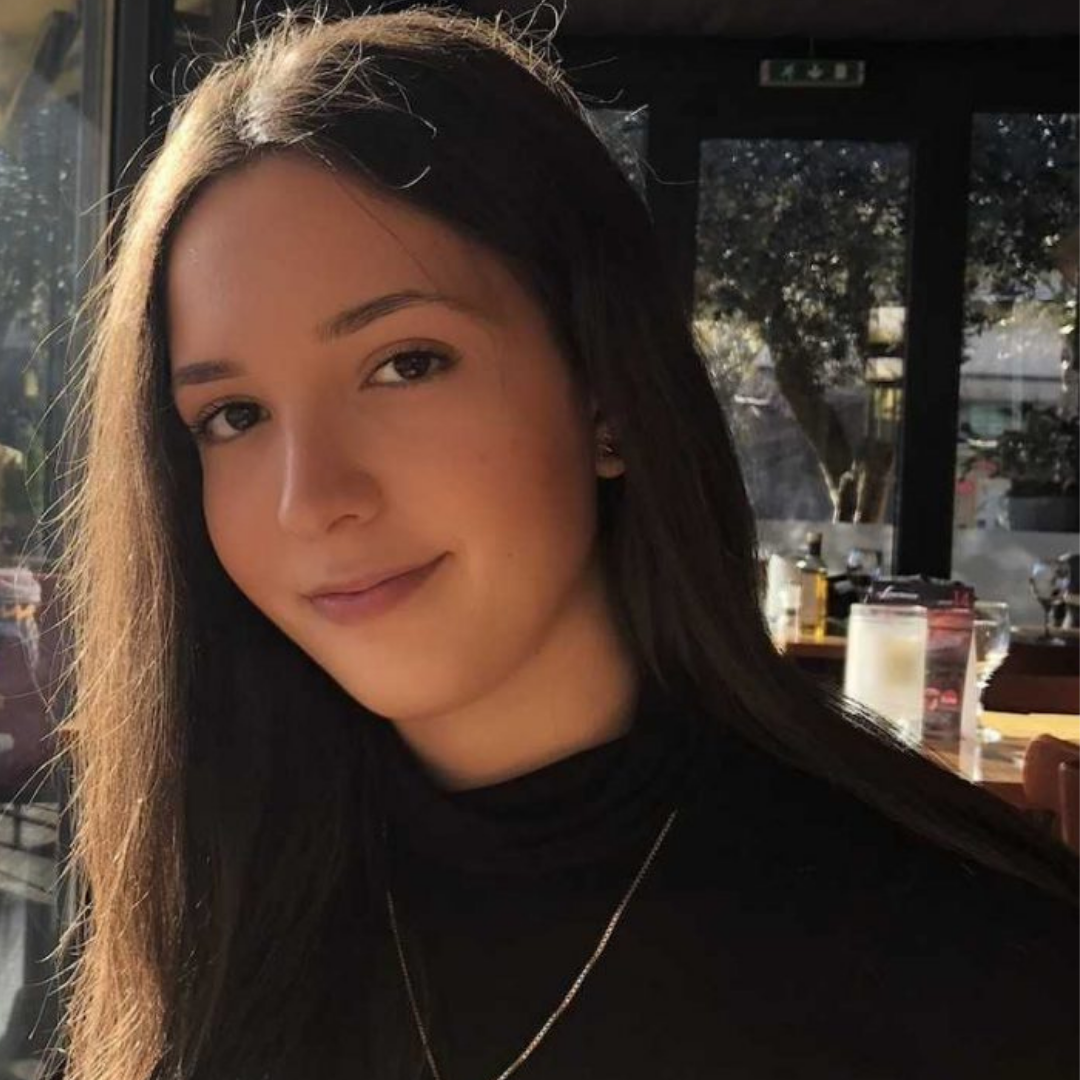 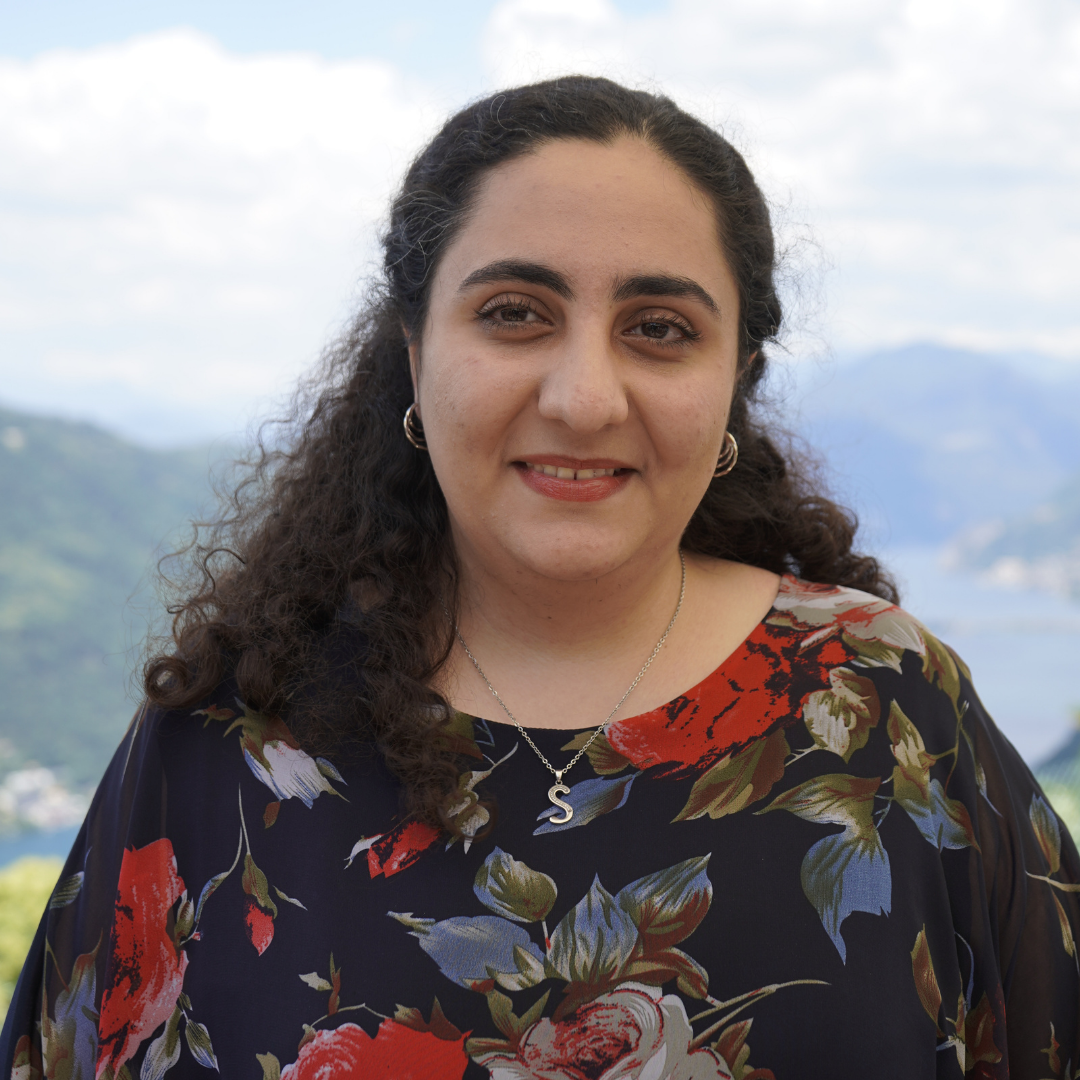 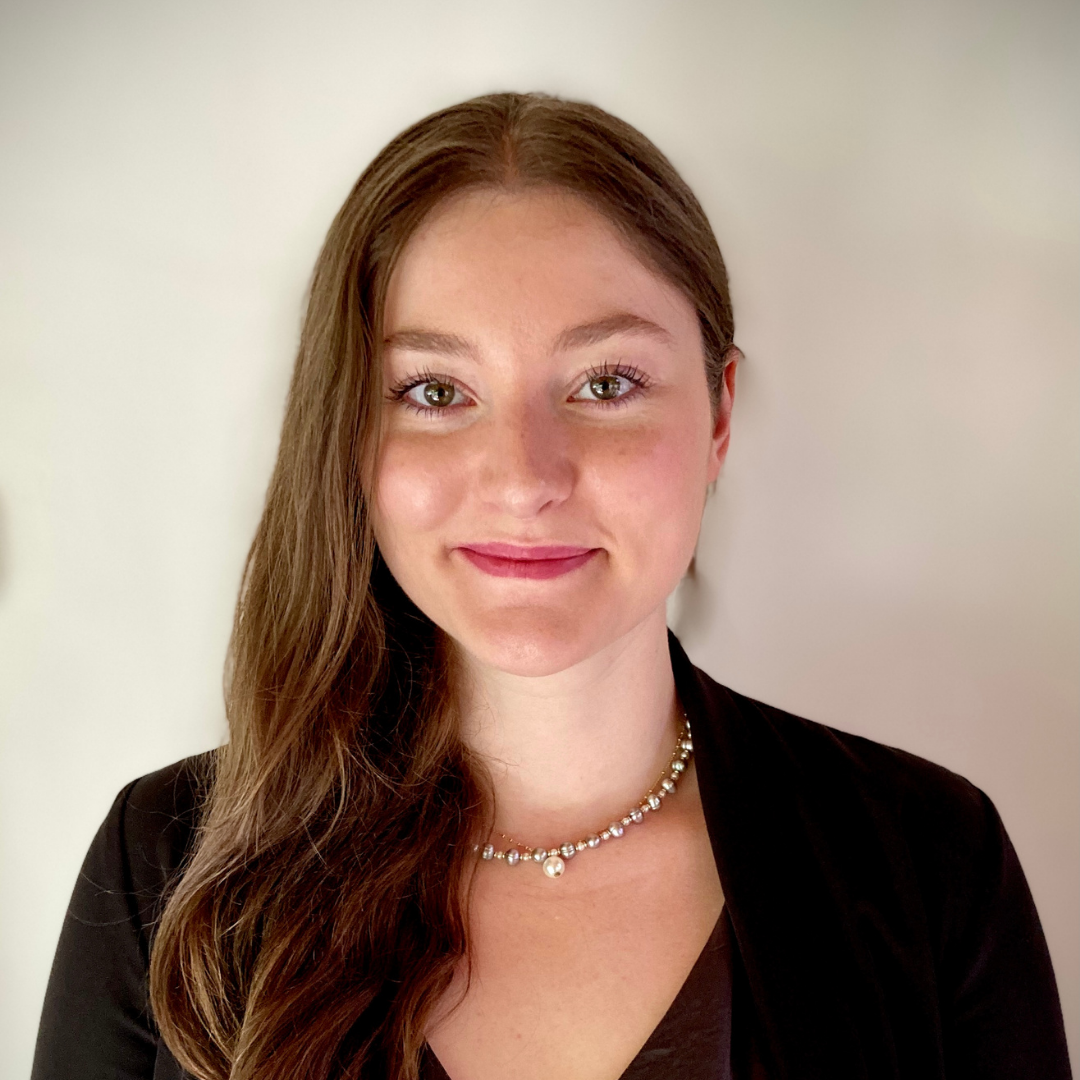 Dr. Asta Adukaite is an ex-coordinator of the Chair. She holds a Ph.D. in Communication Sciences from Università della Svizzera italiana (Switzerland).

Fiametta Battino was an intern for the Chair. She conducted research related to social media and UNESCO World Heritage Sites in Italy and Ticino (Switzerland).

Yasaman Behshad – is a former intern. She worked on tourism research related to the online presence of UNESCO World Heritage Sites in Iran.

Evgeniya Chernysheva –  was involved in preparing a report on the online presence of the World Heritage Sites, as well as in the organization of the IDEAL Tourism Summer School at Universita della Svizzera italiana.

Gisela Etter – assisted in preparing the inauguration event of the UNESCO exhibition “Journeys Through Our Fragile Heritage”, which took place in May 2018 in Lugano.

Elmira Gazizova – collaborated on the report based on the research “Latin America and the Caribbean. The Online Presence of the World Heritage Sites”.

Tetteng Gaduel – is a former intern of the Chair. He supported the ongoing research on Kanga fashion and UNESCO World Heritage Sites located in the East African Community.

Seline Girgis –  did an internship at the Chair, analyzing the Swiss social media campaign of #faces4heritage.

Carolina Guidi – did an internship at Chair working on the project “Machu Picchu – Seen through the eyes of Fernando Astete”. She supported the digitalization of photographic material taken by Fernando Astete.

Zlata Kolesnyk worked on the compilation of the proceedings related to the Heritage, Tourism and Hospitality, 4th International Conference as well as the design and implementation of the online presence of World Heritage Sites in Russian-speaking countries.

Prof. Dr. Jingjing Lin – has completed a Ph.D. at the Faculty of Communication Sciences at Università della Svizzera italiana (USI, Switzerland). Her research expertise at the doctoral level focused on Massive Open Online Courses, especially in the field of tourism and hospitality. She served as the Project Manager of the UNESCO Chair Summer School ICT2ST4D, held on August 14-25, 2017 in Hangzhou, China. Furthermore, she was fully engaged with the first pilot MOOC at USI – eTourism: Communication Perspectives, as a project manager and course assistant, between 2015 and 2017. Jingjing Lin has been made an assistant professor at Tayohashi University of Technology (Japan).

Maha Abdul Muhusin is a former intern of the Chair. She worked on the project of Machu Picchu regarding the digitalization of photographic material taken by Fernando Astete. She was in charge of the communication plan.

Angela Simona Patruno worked as an intern on a project for the creation of an app for the promotion of Batik, which is inscribed in the UNESCO List of Intangible Heritage, and present in the tourism destinations around the 33 Indonesian provinces.

Carina Pop is a former intern of the Chair. She did research related to the ICT usability and promotion of sustainable tourism in World Heritage Sites.

Laura Raimundo was involved in preparing the promotion of the second edition of the Summer School, which happened in August 2015. Moreover, she contributed to the finalization of diverse reports such as the WHACY Game final report, and the UNESCO bi-annual report.

Theresa Karolina Schieder has been responsible for the concept design and development of the new mobile application for the two World Heritage Sites in Ticino (Switzerland).

Andela Sormaz is a former intern of the Chair. She worked on a project related to overtourism at the Jungfrau-Aletsch World Heritage Site in the Swiss Alps which aims to balance visitors flow within the area.

Dr. Maria Garbelli visited the Chair from September 2013 to September 2014. She holds a Ph.D. in Marketing and Management, and is specialized in global inter-firm networks and performance. She is Senior Lecturer in Marketing and Management at Università degli Studi di Milano Bicocca (Milan, Italy), and director of the Summer School ICTs to Promote Sustainable Tourism: Tangible and Intangible Heritage between Cultural, Leisure and Gastronomic Tourism (August-September 2015).

Walter Chikwendu IHEJIRIKA – A Catholic priest (Ahiara Mbaise Diocese, Nigeria) and Professor of Development Communication and Media Studies in the Faculty of Humanities (Arts) at the University of Port Harcourt (Rivers State, Nigeria). He holds a Doctorate Degree in Sociology of Communication from the Pontifical Gregorian University (2003) and Masters in Pedagogy & Communication from the Salesian University (2014). In 2003, he was a member of the team of communication experts which set up the Centre for the Study of African Culture and Communication (CESACC) at the Catholic Institute of West Africa, Port Harcourt. He was the acting Head of the Department of Linguistics and Communication Studies, University of Port Harcourt (2011-2013). He is an Associate Fellow – Centre for World Catholicism and Intercultural Theology at DePaul University (Chicago, USA). He is a member of the International Board of SIGNIS – the World Catholic Association for Communication and the President of SIGNIS-Africa. He has participated as a member of the jury for SIGNIS prizes at major international film festivals including Zanzibar (2013), Venice (2013) FESPACO (2015) and Locarno (2016). He is the Founder and Admin of the Facebook group – FaceGod. He has extensive publications in communication and media in both local and international journals and has presented papers in over 60 academic conferences and workshops locally and internationally. His major research interest is in the area of media, religion and culture; communication and development, communication and environment, ICT in religious praxis and youth culture. Apart from his mother tongue, Igbo, he speaks English and Italian fluently, and has sufficient research knowledge of French. He visited the Chair in 2019.

Dr. Rayviscic Mutinda Ndivo visited the Chair from September 2014 to September 2015 as a Post-Doctoral Researcher. He holds a Ph.D in Tourism and Hospitality Management specializing in Tourism Management and Destination Competitiveness. He is a lecturer in the department of Tourism Management at Kenyatta University (Kenya). Dr. Mutinda has previously served as a member of the Committee of Experts in the formulation of the IGAD regional Tourism Master Plan and currently appointed by the UN Economic Commission for Africa (UNECA) as the National Tourism Consultant in the formulation of the Sustainable Tourism Master Plan for Ethiopia. In addition, he is also serving as the Tourism Advisor to the Government of the Makueni County, Kenya, in the mapping of the county tourism resources and services.

Dr. Mi Tian – joined the Chair in September 2017 as a visiting fellow. She holds a doctoral degree in agriculture heritage tourism research from Chinese Academy of Sciences. She previously joined the research projects about conservation of Globally Important Agricultural Heritage Systems (GIAHS) between 2013 and 2016.