May 25, 2017. Suzan LeVine, United States Ambassador to Switzerland, was at USI to discuss about cultural diplomacy and digital technologies: the role of social media and tourism in peace-building 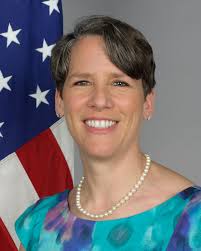 The workshop tackled the topic of diplomatic use of digital technologies to foster peace and mutual understanding. Guest speaker was Suzan LeVine, United States Ambassador to Switzerland, who discussed social media strategies adopted to prevent and counter violent extremism. Prof. Lorenzo Cantoni and Dr. Silvia De Ascaniis presented the campaign #faces4heritage, which was a finalist of the 2015 global competition P2P: Challenging Extremism.

The workshop took place at USI Lugano on May 25th, in the Auditorium of the Main Building, at 14:00, and was open to the public.

The workshop announcement can be dowloaded here.

Among the numerous participants, there were also the group of students, which, under the supervision of UNESCO Chair and USI Professor Lorenzo Cantoni, assisted by Dr. Silvia De Ascaniis, devised the campaign #faces4heritage. 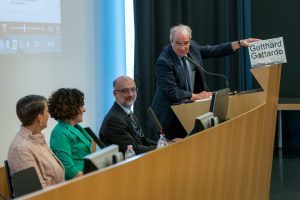 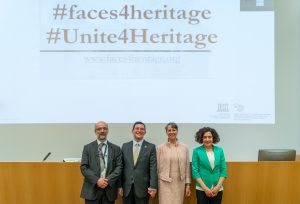